When trying to figure out which hard drive you should be getting there always seems to be two main choices you’ll come across SAS and SATA. We’ll help you figure out what the difference is between the two and which one would be best for you to put into your system. Serial Advanced Technology Attachment, or SATA, drives are the next generation computer bus interface from the parallel interface ATA. Serial Attached SCSI, or SAS, drives are faster than SATA drives, but they are also usually more expensive. 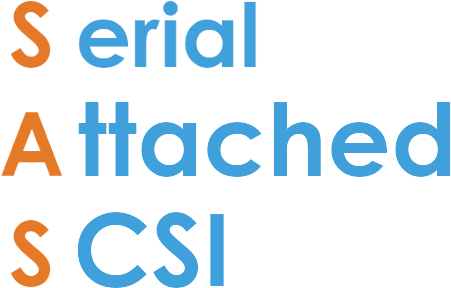 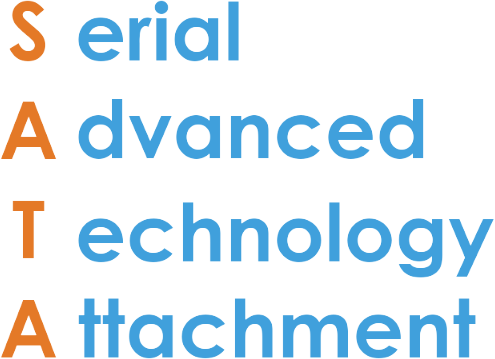 SAS vs. SATA generally comes down to rotation speed. SAS drives can rotate much faster than SATA. Sometimes they’re able to reach 2-times faster speeds than their SATA counterparts. A good rule of thumb is to use SAS drives for lower capacity, they won’t be that much more expensive but they’ll be able to produce higher rotations, meaning faster speeds. As the capacities go higher so will the difference in price between SAS and SATA. 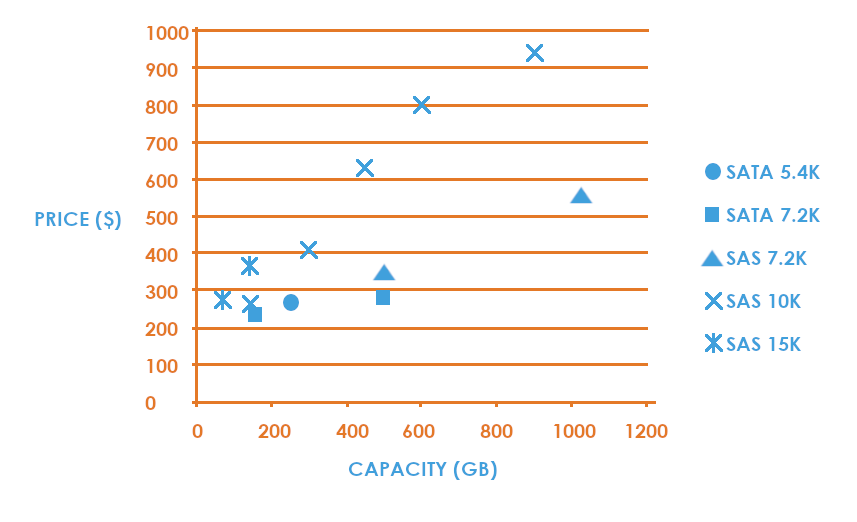 One of the biggest trends to remember is that SAS are most commonly used in servers, while SATA are generally used in desktops. Why’s this? SAS drives tend to be more reliable than SATA. When you’ll be backing up, most likely, very important data on to a server you’ll want to make sure that your drive is going to be reliable. Whereas, just on a regular desktop, there’s not as much of a stress as losing company files for years because the drive failed. SAS and SATA also differ in their connections. The biggest reason you can’t fit a SAS drive into desktops is because it simply won’t fit. SATA cables are limited to a length of 1 meter with the data and power being separate. SAS on the other hand can be up to 10 meters in length plus, their power and data provided through the same cable.

In terms of capacity, SATA has much larger capacities than SAS does. SATA can reach as high as 10TB, SAS averages around a max of 900GB, with 450GB to 500GB being the most common. This again makes sense when you consider their respective typical uses. When combining multiple SAS drives for use in a server you don’t need to worry about having high capacities for one, they’ll add up in a group. When putting a new drive in a desktop, you’ll want it as high as possible because you’ll only likely have 1 hard drive.

So which should you get? Follow along with the main point. Are these going to go into a server or a desktop computer? If it’s going into a server you’ll be better off with a SAS, especially at lower capacities because the price won’t be too much of a difference. However, if you’re putting them in a desktop you’ll probably want to put in a SATA. The great news is that we have a wide selection of both available, and we’re here to help with any questions you might have about a specific one.